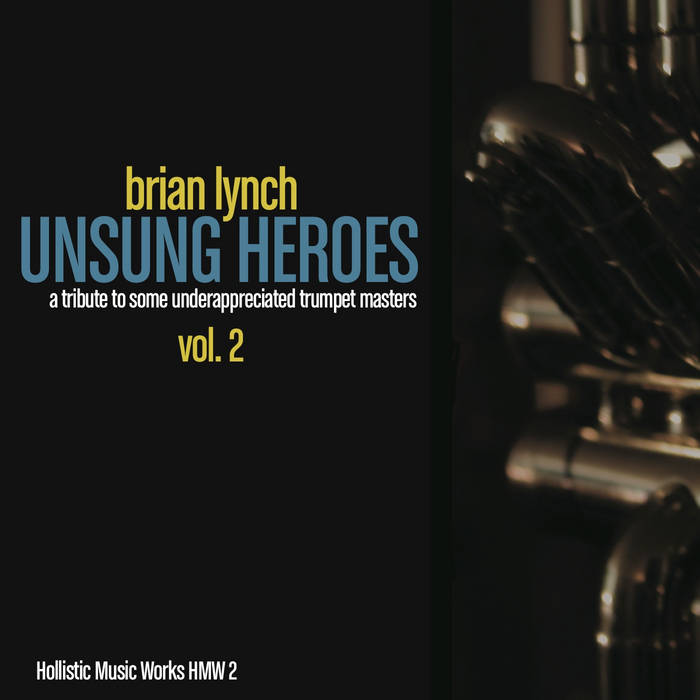 "Unsung Heroes" pays tribute to and features the compositions of jazz trumpet giants such as Joe Gordon, Tommy Turrentine, Idrees Sulieman, and other greats who have flown under the radar of popular acclaim despite their artistry and influence on players such as myself. This expansive project, the maiden effort from my new venture Hollistic MusicWorks, comprises no less than 19 different compositions; a full 2 CDs of swinging music featuring the Unsung Heroes band of myself, alto sax giant Vincent Herring, new tenor sax star Alex Hoffman, veteran piano whiz Rob Schneiderman, top call bassist David Wong, and swinging young drummer Pete Van Nostrand, with conga king Little Johnny Rivero added on selected cuts.

The multiple subjects of this collection of unpretentious, straight ahead, and hopefully satisfying jazz music are artists without which the jazz trumpet tradition would be very much impoverished, yet have seemed to fly under the radar of even many a knowledgeable follower of the music. They are also players and composers that have touched my soul and influenced me in both disciplines. Their notoriety ranges from those generally recognized by the cognoscenti to others almost completely unknown except to the specialist,but they all have one thing in common in that their art has been under appreciated. I hope you enjoy this salute to these Unsung Heroes, only some of many in the rich tradition of our music.